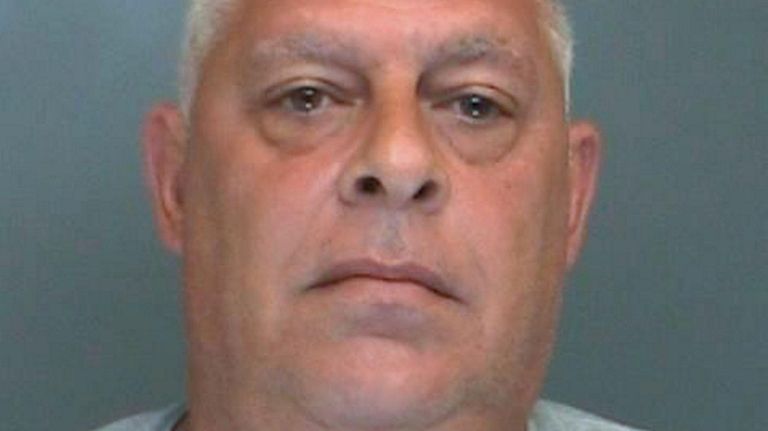 Anthony “Rock” Grazio, 54, of Smithtown will serve 2 to 4 years in prison and pay $500,000 restitution for his part in an illegal dumping scheme.

The ringleader of a dumping scheme that led to contaminated fill being left at homes, business and schools across Long Island, pleaded guilty Thursday, Suffolk prosecutors said.

“It’s been characterized as the largest illegal dumping case in New York State history,” Sini said in a news conference in Hauppauge.

Grazio’s attorney, James Vlahadamis of Hampton Bays, did not respond to requests for comment.

“This is a good result in this case,” Sini said. “People deliberately skirted the law to line their pockets with money. This case is about greed, and it’s about greed at the expense of public health of the people of Suffolk County.”

Grazio, a self-proclaimed dirt broker, got construction debris from trucking and demolition companies and then looked for unwitting property owners who needed clean fill for landscaping or their own construction, prosecutors have said. Sometimes Grazio would advertise clean fill on Craigslist but sometimes he would drive around looking for projects in progress.

“The problem, of course, is that he was lying, and he was doing so because the dirt was not clean,” Sini said.

Such waste ended up at 21 locations in Suffolk County and three in Nassau, prosecutors said. Seventeen of those locations were homes. Six locations — four of them homes — had acutely hazardous material dumped there, he said. Homeowners have had to pay for the removal of the contaminated fill, put their home improvement projects on hold and in some cases lost the use of their property, prosecutors said.

Sini said he hopes this case sends a message to others involved in illegal dumping that such crime does not pay.

“We’re facing an epidemic of environmental crime in Suffolk,” he said. “This case was a great first step forward in ending those crimes.”

Sini said a special grand jury is continuing to investigate. Grazio was one of 22 men and nine businesses charged in a 130-count indictment last year.

Last fall, Sini said wiretaps showed Grazio sought large properties on which to hide the dirty fill, and instructed his trucking conspirators to “hit it hard.” In one recording that Sini played, a voice Sini identified as Grazio’s said some material “smells — it stinks. I’m burying it.” The same voice said later, “You have to cut corners to make money. The way the regulations are now, it’s [expletive] crazy.”

Some in the construction industry have said cases such as these go too far, when the issue instead is vague and burdensome regulations.

Nancy Bartling, a Mineola lawyer who represents some of Grazio’s co-defendants, has said the state Department of Environmental Conservation appropriately now requires detailed tracking of construction materials being trucked from New York City.

But earlier this year she said that it’s wrong to assume that materials coming from the city present a clear toxic danger, pending the testing now required by their processing facilities.

“Just because something might have a screw in it, it should not be classified as contaminated, like something that has diesel fuel,” she said.

She suggested the charges were designed more to seize assets than to hold criminals accountable, and that if the dumping was a true emergency, authorities listening on wiretaps would not have allowed it to continue.

Sini has said the investigation, in total, seized more than 20 trucks and $4.4 million in assets.